Innovation: the main tool for development and sustainability in water-related sectors

The Tesla turbine: a failed invention with amazing applications

In order to achieve the greatest performances for all our products, as global leader in FRP Pressure Vessels for water purification, our passion for engineering and machines leads us to study all kinds of innovations throughout history. This week, Protec explores an invention developed more than 110 years ago. Could we use it today to improve our desalination processes?

In the early 1900s’, the world witnessed the rise of the piston engine in automobiles. But this technology was still in its infancy and combustion engines where anything but reliable. In an attempt to compete with the increasingly popular piston engine, Nikola Tesla -one of the most influential figures in the history of science and technology- developed an efficient bladeless turbine in 1904. Tesla sincerely believed that his turbine would not only offer higher efficiency, but also lower production costs than other engines.

How does it work and what makes this centenary technology so innovative?

This cutting-edge engine used smooth discs rotating in a chamber to generate movement, thanks to the exchange of momentum between the fluid and the disk. The main difference between the Tesla turbine and the turbines used nowadays to propel jet planes, for example, is that instead of using curved blades like those of a windmill, it generates movement through smooth and parallel disks placed evenly across a shaft, like CD’s placed along a pole.

You can check here for more details:

ven if Tesla’s invention was officially considered a failure, we cannot ignore that his final design managed to run at 3,600 rpm, generating 675 horsepower. How could an invention as ingenious as it is simple be exempt from useful applications?

Why the Tesla Turbine has not enjoyed more widespread use?

However, due to circumstances linked to the evolution of technology and the characteristics of the innovation market at that time, the brilliant scientist of Serbian origin did not manage to commercialise his turbine in an effective way. Bad press stirred up by his competitors, combined with the fact that the major electric companies had already invested heavily in blade turbines, prevented Tesla from attracting important investors. On top of that, though Tesla projected efficiencies up to 97% for his machine, the reported efficiencies tended to be around 40%.

On paper, the Tesla turbine still offers several advantages today. For instance, the production costs for disks are much lower than those for blades, and the overall design is much simpler: its construction should be easier than that of traditional turbines. In addition, Tesla’s device can be used for a variety of fluids without extensive damage to the disks and that’s where a potential desalination use comes into play; in fact, this represents a key feature when it comes to considering a prospective use of this technology in desalination processes.

Indeed, the Tesla turbine can theoretically be adapted to different materials and purposes, including mixtures with solids, gases, liquids, as well as viscous fluids, non-viscous fluids, and other types of fluids. Also, the flow in the turbine could be reversed into a pump, so as to preserve the disks from cavitation issues that usually affect traditional blades turbines.

Nevertheless, the great inventor did not see his turbine as an end in itself, but as a way to replace the piston combustion engine with a much more efficient, reliable and cost-effective engine based on his breaking technology. One by one, these amazing capacities lead to potential uses of the Tesla turbine in the generation of power from geothermal steam and industrial gas, as well as wind turbines. Then, why not seawater?

How can the Tesla turbine work as a desalination device?

In fact, it acts as a vacuum pump. The principle is to reduce the pressure in a container of seawater and heat it to boiling point. The steam produced in this reaction goes through the Tesla turbine, in order to be condensed into distilled water when it comes out on the other side of the turbine. Maybe, one day, this invention created more than 110 years ago could completely change the way we produce safe drinking water, power or movement.

At Protec Arisawa, we work each and every day to make our technologies and processes more sustainable and eco-friendly, because we believe in innovation as the only way to guarantee future supply of drinking water. Our state-of-the-art FRP pressure vessels for membrane filtration used in desalination processes around the world are the best proof of our environmental commitment. Visit us and discover the latest technology for pressure vessels and racks: we want to become your partner of choice. 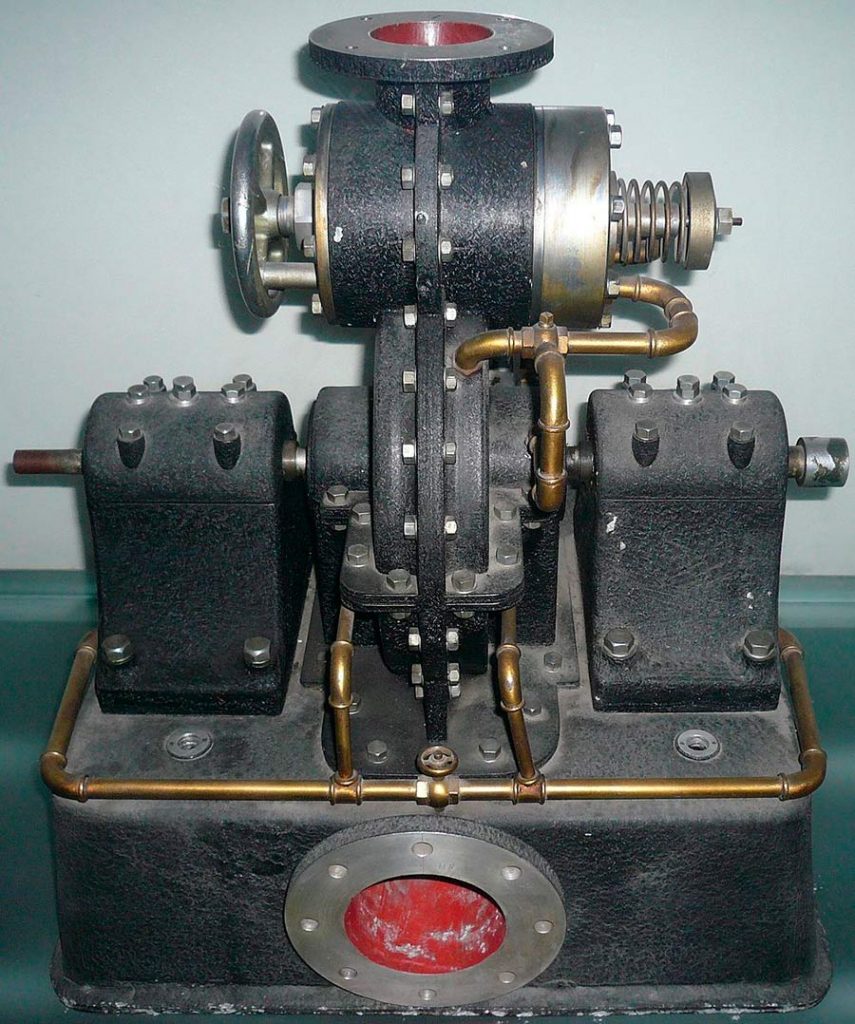