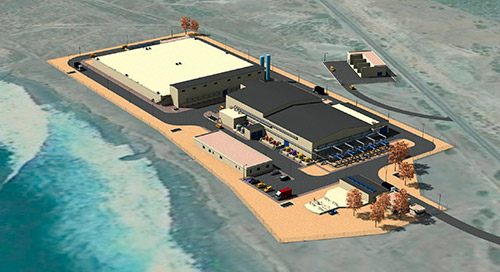 The plant will use the most modern ultra filtration pre-treatment systems and reverse osmosis technology to desalinate sea water. The plant will supply 100,000 m3/day of drinking water to more than 800,000 people in the region. It will also ensure the drinking water supply and water security in the zone, further contributing to the development of the tourism and agricultural industries that are the main economic drivers of this region.

Protec Arisawa has produced and supplied pressure vessels for the biggest desalination plants that Abegona Water has developed lately around the world.