Desalination as a way to slow down global drought 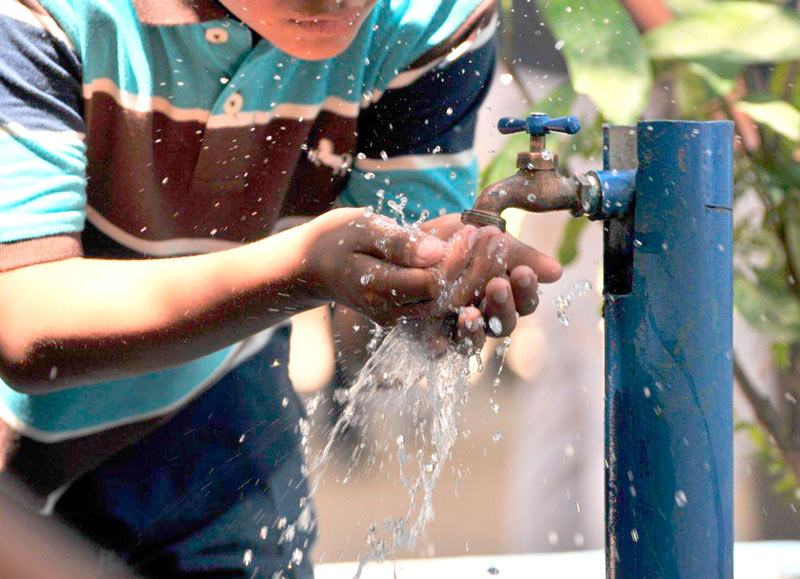 According to the World Health Organisation, almost 700 million people around the world do not have access to drinking water. Even if this figure has improved over the last decades (in 1990, 76% of the population could drink without supply problems, and by 2015 the percentage had raised to 91%), a lot of work remains to be done. Now, the challenge for investigators is finding new and cheap ways to produce drinkable water with minimum resources.

For instance, a young Chinese researcher has recently developed a new experimental system that will permit to desalt seawater using only solar energy, thanks to a portable and foldable device made in graphene oxide. This new system designed by Jia Zhu (selected by the MIT Technology Review as one of the most innovating scientists under 35) avoids heat loss by confining water in a “2D” space between an insulating material and an absorbent high-tech layer: water evaporates through the membrane leaving behind salt and other polluting particles. In addition, this desalination device created at Nanjing University in China offers another attractive feature. Its design is based on the amazing properties of new “materials of the future” such as graphene, or more accurately graphene oxide. All the details of this new system have been published in the ‘PNAS’ magazine, a scientific publication of the National Academy of Sciences of the USA; according to Jia Zhu, the graphene absorbent film desalinizes water with an 80% efficiency using solar energy only, without any external intervention and therefore avoiding generation of CO2 or polluting elements.

This promising device has been tested at the moment in a laboratory environment, but Zhu assures that the technology is «very scalable», which could allow building foldable desalinization systems and customized projects. It could open the door to large-scale use in areas where the lack of drinking water is a daily issue. However, portable water purification systems have been a key element throughout history in terms of naval or terrestrial survival. Future climate conditions and the growth of global population make the idea of producing desalination equipment for small communities on a large scale an attractive incentive to launch research into such systems: universalized desalination that could lead to an improvement in living conditions for millions of people.

Beside universities research, military science has provided the greatest advances in reducing the weight, size and cost of desalination devices designed for extreme situations. As an example, we have the desalination equipments installed in submarines, ships and lifeboats since World War II. These ingenious devices use different types of processes to obtain potable water for a small group of people in the middle of the ocean: purification through sunlight, intense chemical reaction, reverse osmosis… These water purifiers are usually composed by compact modules designed for confined spaces. Liferafts and survival kits are equipped with the smallest desalinators in the world, weighing only 1 kg (2.5 lbs) and making these devices key elements trusted by militaries and individuals around the globe.

There has been impressive progress in this field over the last decade, but it is an overwhelming fact that water scarcity is still a global challenge that underpins the emergence of specific and miniaturized systems customized to fit all kind of situations and climate conditions. Protec’s daily commitment is to explore every possible route to develop new technologies for pressure vessels in their specialized field of action that exceed known limits in terms of quality, reliability and effectiveness.