2017: another great year for Protec Arisawa

Drought and desertification: new challenges for the northern Mediterranean basin 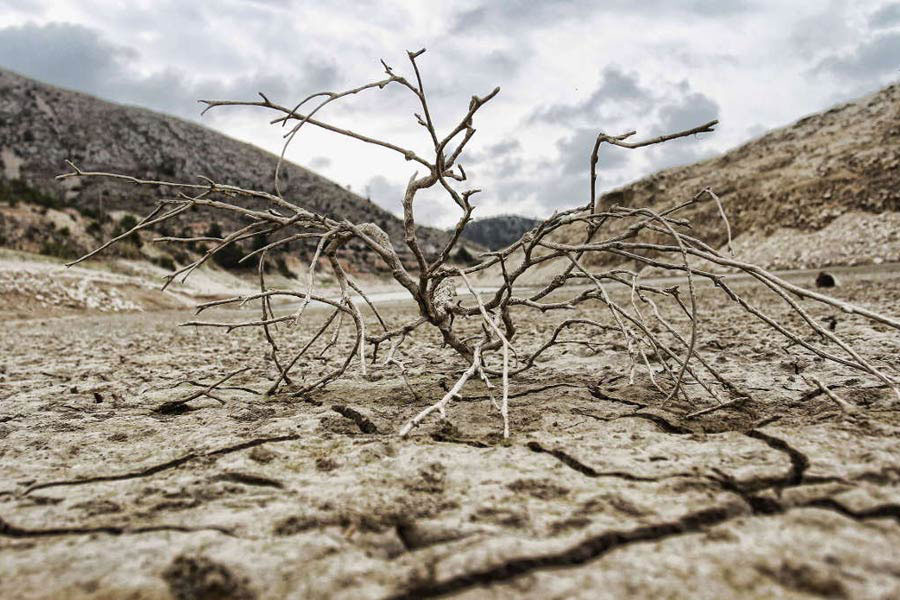 Drought and desertification: new challenges for the northern Mediterranean basin
Southern Spain and the Mediterranean coasts are the most requested holiday destinations by European citizens. However, a huge part of Southern Europe could look like a desert unless global warming is held only 1.5 oC above pre-industrial levels. We are on the edge. That’s the conclusion of a new study published in the journal Science titled “Climate change: The 2015 Paris Agreement thresholds and Mediterranean basin ecosystems”. If we continue to unabatedly produce greenhouse gas emissions and global warming reaches 2 oC over the natural temperature, by the end of the century desertification could conquer many areas around the Mediterranean, modifying and destroying ecosystems in a way unseen in many thousands of years.

This negative trend is having great impact on many regions of Spain, Italy and Greece: the level of their hydrological reserves has been falling since spring, and the majority of the Spanish reservoirs hardly reach 30-40% of their capacity. Rainfall continues below its normal level, and the first signs of water scarcity have already appeared: restrictions on irrigation were multiplied last summer in the main Mediterranean agricultural basins.

In addition to the foreseeable long-term consequences of water scarcity, the increase of the average temperature and prolonged droughts in Southern Europe is setting a scenario prone to large fires propagation. These predicted changes are boosting the duration and severity of the fires, adding another main cause to desertification. The danger of fires could spread northward in the next decades, involving the centre of Europe. In fact, last October the Italian region of Lombardy requested the government to declare a state of emergency due to forest fires enhanced by prolonged droughts, which also devastated hundreds of hectares in the neighbouring Piedmont area.

According to a report issued by the European Environment Agency in 2016, these violent heat waves will probably be more frequent and lasting in Europe in the next years. If greenhouse gas emissions do not decrease, extreme heat events harming people, agriculture and ecosystems will appear every two years from 2050. It seems that the southern and oriental regions of the European continent will more likely suffer the highest temperatures, posing serious risks to health, especially for people living in low-altitude river basins in the Mediterranean area. Another analysis by the Spanish government anticipates that 80% of the Iberian Peninsula could have turned into a desert by 2100.

However, this kind of studies that predict aridity growth, desertification and temperature rising contrast with another type of forecasts, showing that Northern Europe is clearly becoming a more humid area, where floods in winter could be more frequent. Urban areas, where four out of five Europeans live, are strongly exposed to heat waves, floods or sea level rise and share a generalised lack of attributes to successfully face climate changing episodes, a hypothetical context that continues to gain prominence day after day.

In this particularly worrying scenario, desalination is called to be a future solution for human sustainability in a large number of European territories in the next decades. Protec Arisawa is well aware that desalted water is expected to fulfil new and innovative functions, especially as the support of a wide range of economic and human activities in coastal areas. Through innovation, technology and research, Protec is the global leader in creating and manufacturing fiber-reinforced plastic pressure vessels for membrane filtration systems used in desalination processes.