Graphene membranes: The future of filtration for desalination processes?

The Tesla turbine: a failed invention with amazing applications 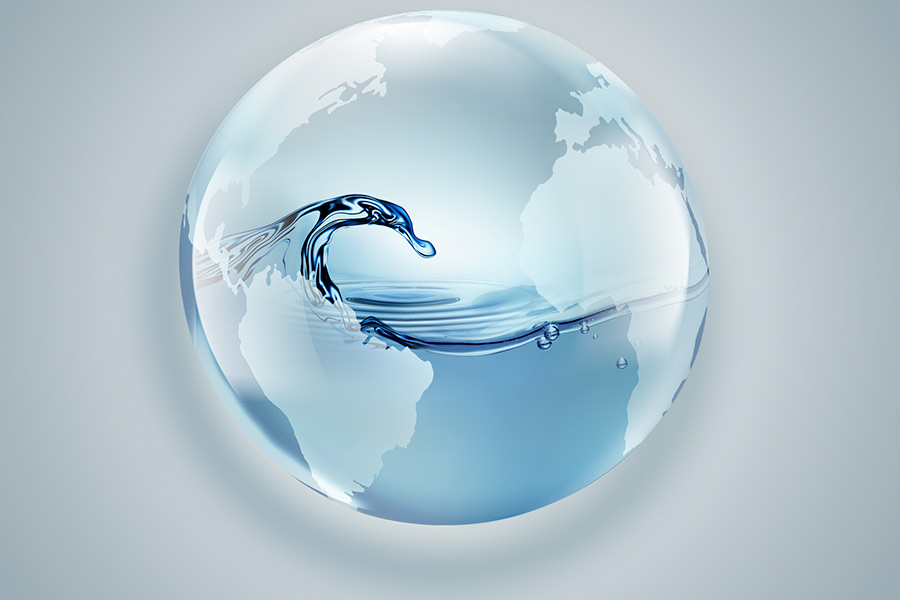 There is nothing to argue about: Desalination of seawater is an increasingly common means by which nations satisfy their growing demand for water. Over the last decades, our coasts have witnessed a quick expansion of desalination plants and facilities related to seawater purifying treatments, with global capacity increasing by 57% between 2008 and 2013.

Today, about 1% of world population depends totally on desalinated water for daily use, supplied by almost 20,000 desalination plants that can produce over 90 million cubic meters of clean water per day. Predictions indicate that by 2025, more than 2.8 billion people across 48 countries are likely to experience water scarcity, and desalination will undoubtedly become a vital water source for many coastal regions in order to maintain viable and forward-looking human ecosystems.

Environmental impact: another challenge for desalination

However, the intensive use of desalination processes has generated many debates around the subject, especially from an ecological viewpoint. The main problem for Reverse Osmosis systems is that, once water suitable for consumption has been obtained from the oceans, the remnant product is brine, which is poured back into the sea. But here is the main issue associated with brine rejection: Although the same amount of ions that have been extracted before are returned to the ocean, their concentration is much greater (increasing approximately between 1.6 – 2.5% the salinity of seawater around the plant).

Several environmental and scientific studies have found variable results ranging from non impact on benthic communities to widespread alterations of the coral reef, seagrass, and many sediment ecosystems, especially when brine discharges are released to poorly flushed environments, such as the Mediterranean basin.

Nevertheless, in order to avoid as far as possible the impact of reject brine into the sea, there are several methods used by the desalination industry that have proved to be effective, such as brine discharge by submarine emissary or previous dilution, which consists in watering the reject brine before its discharge.

Recently, Emma Johnston and Graeme Clark, two researchers from the University of New South Wales (Sydney, Australia), have tested the real results of brine rejections in a controlled natural environment close to the Sydney Desalination Plant. After examining six submarine locations at about 25 m depth over a six-year period, the study has permitted to rigorously monitor impacts on the ecosystem and to analyze the recovery of marine life from the effects of pumping large amounts of hypersaline water back into the sea.

“Contrary to our expectation that high salt levels would impact sea creatures –stated both researchers–, we found that ecological changes were largely confined to an area within 100 m of the discharge point. We also noticed the changes were likely a result of strong currents created by the outfall jets, rather than high salinity.”

These facilities have supplied secure drinking water to thousands of residents since the first plant started its activity in 2006. The Perth desalination plant brine discharges concentrate into a confined body of water. If ever Reverse Osmosis were likely to be an environmental issue impacting the marine ecosystem, it is here.

Consequently, this Australian facility has been one of the most closely supervised desalination plants in the world. The results could not be more evident: After operating at full flow for eight years, there is no verifiable environmental harm.

At Protec Arisawa, we believe in Reverse Osmosis as a sustainable way to guarantee future supply of drinking water. Our environmental commitment is to improve our processes, pressure vessels, racks and products day by day, so as to reach the highest quality and efficiency levels with minimum ecological impact. We want to work hand in with our customers and suppliers, designing sustainable solutions for the future.